Chloé Hung
MFA in Dramatic Writing – Tisch School of the Arts
Class of May 2016
Hometown: Toronto, Canada
Screenplay: A GLIMPSE OF SUN 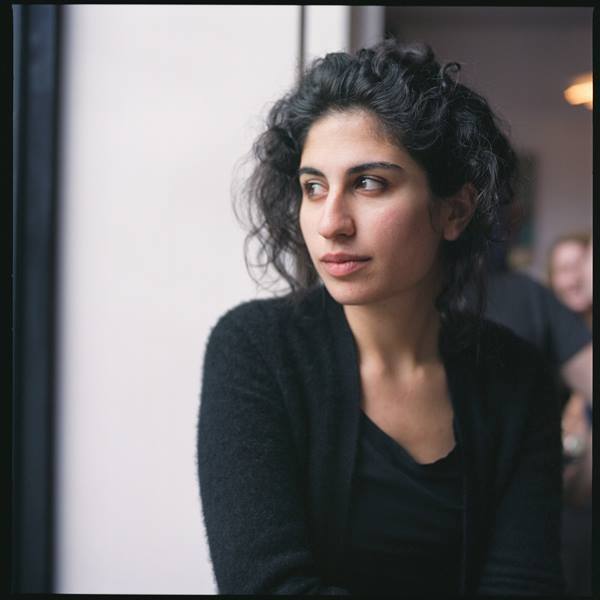 Chloé: I’ve always been writing, but the decision to come to grad school to learn about writing and honing my craft came from a desire to see different stories in western cinema, stories of the “Other.” I also used to be an actor and there just were no meaty, substantial roles for me. So I figured I’d tap into my skills as a writer and write parts for people who don’t normally get the big, dramatic parts.

Alik: I grew up as the youngest of five children in a family of artists and musicians, so I was lucky to be exposed to the arts at a young age. After immigrating to the US, my parents opened a small music school where I spent most of my childhood and where I first learned how exciting collaborating could be. I loved everything from writing to music, photography, acting, and filmmaking. Filmmaking, the medium that encompassed all of the arts, seemed a natural choice. As a teenager I remember going to the cinema and feeling overwhelmed by what films gave me: the possibility to empathize with people I had never known and the inspiration to share, in turn, my own story with others.

Stephanie: I decided to become a filmmaker because of my frustration with contemporary cinema. As a woman, I could not relate to most of the characters that I saw onscreen. According to a recent study conducted by the Media, Diversity, and Social Change Initiative at USC, women comprised only twenty-nine percent of speaking characters in films from 2014 and 2015. Not only are women rarely depicted in movies, but they are also usually underdeveloped. As a filmmaker, I hope to change those statistics and create strong, complex female characters that an audience could connect with.

Chloé: Lately it’s been stories about women enduring extraordinary circumstances. I’m inspired by my grandmother; her life’s story is full of ups and downs, difficult decisions, and perseverance. Seeing great movies or plays inspire me.

Stephanie: Most of my films are inspired by my personal experiences. I enjoy writing about unusual situations I have found myself in and unique people I have known. I am particularly interested in introducing audiences to subcultures that I have been a part of, like the Straight Edge movement featured in my screenplay, that they may not have known much about before. I prefer drawing stories from real life because I feel that it brings an authenticity and fresh perspective to my projects.

Chloé: It’s a great festival and a wonderful experience to be a part of women celebrating women in film. I had been a finalist last year and attended many of the events and found the festival to be incredibly inclusive and felt proud that this festival came out of NYU.

Alik: The Fusion Film Festival provides a platform for women’s stories ‐ stories that resonated with me when I was growing up, and stories that I feel are important for other young women who are learning to find their way in the world. What excites me about these stories is meeting all of the interesting female characters we have not yet had a chance to see on screen. By submitting my script to the festival, I wanted to participate in the celebration of women and contribute to the growing pyramid of women’s stories ‐ stories that are truthful, diverse, and enrich the future of cinema.

Stephanie: I submitted my feature screenplay to the Fusion Film Festival because I admire its dedication to female filmmakers. Women are vastly underrepresented both in front of and behind the camera. By emphasizing female voices, I think festivals like Fusion can help create greater opportunities for women in film.

Chloé: This is an important festival to celebrate and encourage female filmmakers. I’m honoured to be a part of this.

Stephanie: I am currently developing The Sound of Settling as my graduate thesis film.