Articles | Comments Off on INTERVIEW: LEAH MEYERHOFF – WRITER/DIRECTOR OF “I BELIEVE IN UNICORNS”

By the Fusion Editorial Staff.

Leah Meyerhoff is an award-winning filmmaker whose debut narrative feature I BELIEVE IN UNICORNS was released theatrically in 2015 after premiering at SXSW, winning the Grand Jury Prize at the Atlanta Film Festival and additional awards from Woodstock Film Festival, Nashville Film Festival, First Time Fest, Tribeca Film Institute, IFP, NYU, and the Adrienne Shelly Foundation. Meyerhoff’s previous work has screened in over 200 film festivals and aired on IFC, PBS, LOGO, and MTV. She is a fellow of the IFP Emerging Narrative Labs, IFP Narrative Finishing Labs, Tribeca All Access Labs, and the Emerging Visions program at the New York Film Festival. Meyerhoff is also the founder of Film Fatales, a female filmmaker collective based in New York with over a dozen local chapters around the world.  She holds a BA in Art-Semiotics from Brown University and an MFA in Directing from NYU’s Tisch School of the Arts.

What made you want to pursue filmmaking? Was there a specific moment that made you realize this was your passion?

When I was growing up, cinema was an escape and a window into the outside world. Film is also a tool for empathy and a way to take an audience on a journey where they can experience life through someone else’s eyes. I became a filmmaker to tell more stories that I had not seen enough of, specifically those with complex and imaginative female protagonists.

How does Film Fatales help women in filmmaking around the world? How do you collaborate?

Film Fatales is a global network of female directors who meet regularly in local groups to mentor each other, collaborate on projects, and build a supportive community in which to make our films.  We give each other advice, recommend crew, share script notes, provide rough cut feedback, lead hands-on workshops, recommend our films to festival programmers, the list goes on and on. You can find out more about us at filmfatales.org.

Who inspires you? Which women in the film industry do you think have paved the way?

Although I have always been an artist and a storyteller, it was not until I became familiar with the work of Jane Campion, Catherine Breillat, and Andrea Arnold, that I realized directing was a viable career path.  Other role models include Kimberly Peirce, Jill Soloway, Ava Duvernay, Catherine Hardwicke, Debra Granik, Mary Harron, and Alison Anders. Also, I am continually inspired by the work of other Film Fatales, including Marielle Heller, Eliza Hittman, Ry Russo Young, Amy Seimetz, Cherien Dabis, Mora Stephenz, Shaz Bennett, Maryam Keshavarz, and on and on.

The themes of your short films vary greatly from fantasy in “Eternal Flame” to mental illness in “Neurotica.” What kind of themes are you drawn to in a story?

I am drawn to stories with complicated female characters who have a rich interior life and are often struggling to reconcile this with the realities of the exterior world. 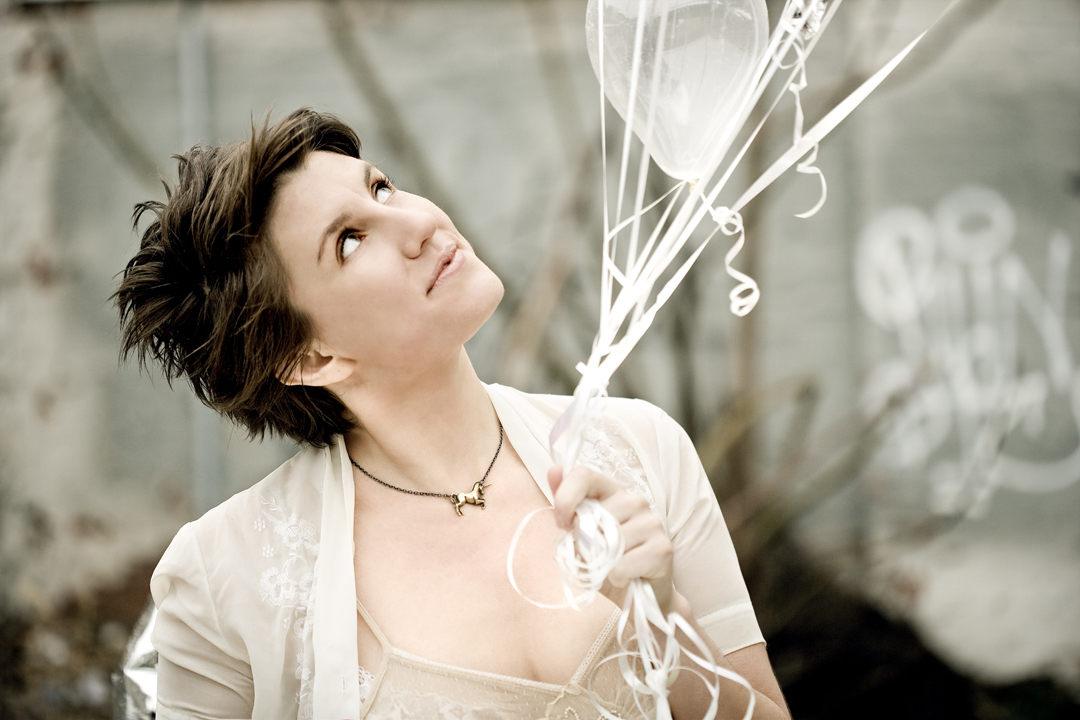 It’s a similar process but on a much greater scale. Making a feature film is like making a new short film every day.

What is your casting process like? How do you know when an actor can embody the personality of your character?

I am a firm believer that casting is 90% of directing. With I Believe in Unicorns, it was important for the characters to be authentic, and I was interested in casting an actual teenage girl for the lead. As soon as I met Natalia Dyer, I knew that she would bring honesty and depth to the role. Peter Vack had the right combination of danger and charm, and we were lucky that the two leads had such fantastic chemistry together. I had seen Julia Garner in a short film and knew upon meeting her that she would round out the cast perfectly. The rest of the project came together rather quickly from there.

Do your personal life experiences influence your work? How did this affect your experience with I Believe in Unicorns? Did the idea for I Believe In Unicorns come about when you were a teenager – or later, when you had gained some perspective on being that age?

All of my work is personal in one way or another; it is merely a matter of degree. If I am unable to connect with a project on an emotional level, then I am not interested in working on it. I began writing on the script for I Believe in Unicorns while I was studying at NYU. I drew upon my own memories of that time and also collaborated closely with lead actress Natalia Dyer, who was a junior in high school when we met. 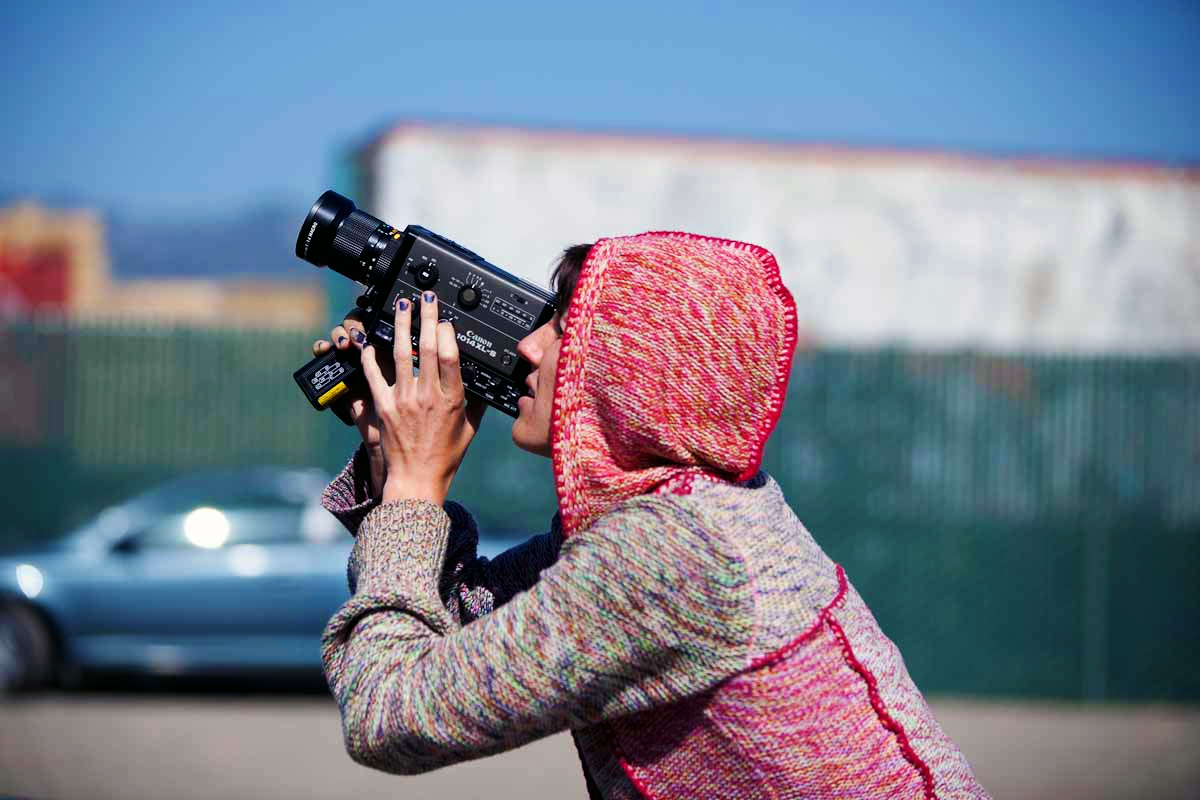 In I Believe In Unicorns, you experimented with stop-motion. Why did you decide to do this and what kind of animation techniques would you like to explore in the future? In addition to mixing mediums, such as using both live action and animation, you also shoot on film. Do you prefer film to digital? What prompted you to use both Super 8 and Super 16 for I Believe in Unicorns?

The lead character Davina is an imaginative and dreamy teenage girl, and the film is told largely from her perspective. Thus, all of the aesthetic decisions were made with that in mind, from the choice to shoot on Super16mm and Super8mm film, to the decision to portray her interior world through the use of stop-motion animation.  We wanted to build a world that this character could have created. It is almost as if you can see her fingerprints on the edges of the frame.

What projects are you working on now? What’s next?

I have various projects in development, including a narrative feature with Tangerine Entertainment and a short film with The Bureau of Creative Works. Meanwhile, I am committed to supporting other female directors on a daily basis through my work with Film Fatales.

What advice do you have for students who aspire to work in the film industry?

Stop waiting for permission to make your films. Give yourself permission, set a date, and start production.  Also, form communities with others who share your sensibilities so that you are not doing it alone.

Check out Fusion’s video: A Portrait of Leah Meyerhoff: https://www.youtube.com/watch?v=yXW1l6M9whQ

For more information about I BELIEVE IN UNICORNS, visit the following links:

For more information about Film Fatales, check out the New York Times profile of the group: